HE Ambassador Yassin Saeed Noman Statement to the House of Commons 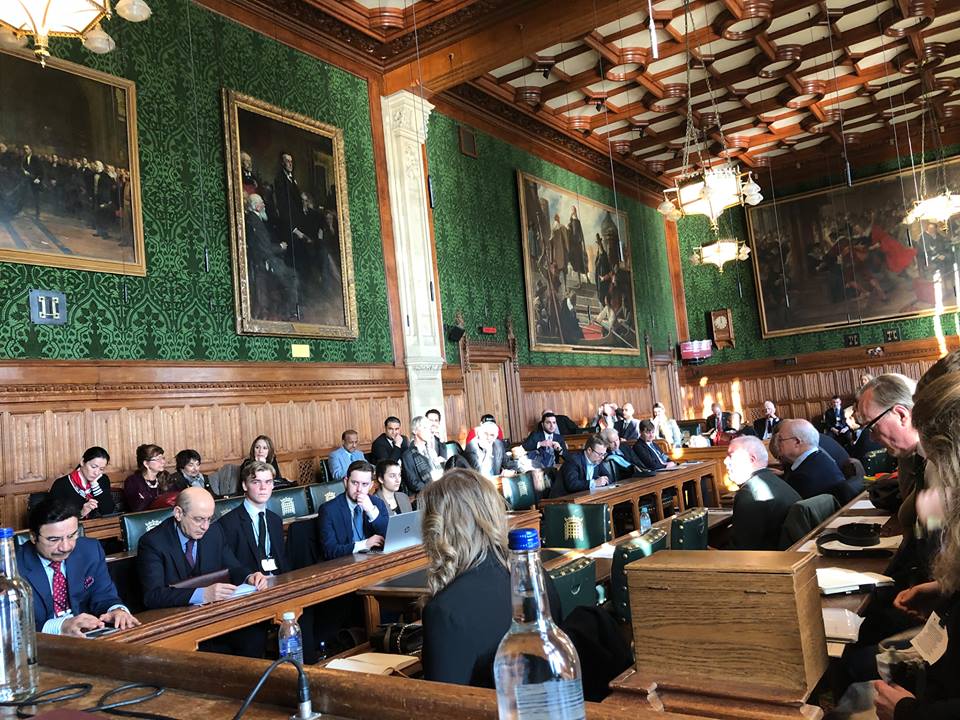 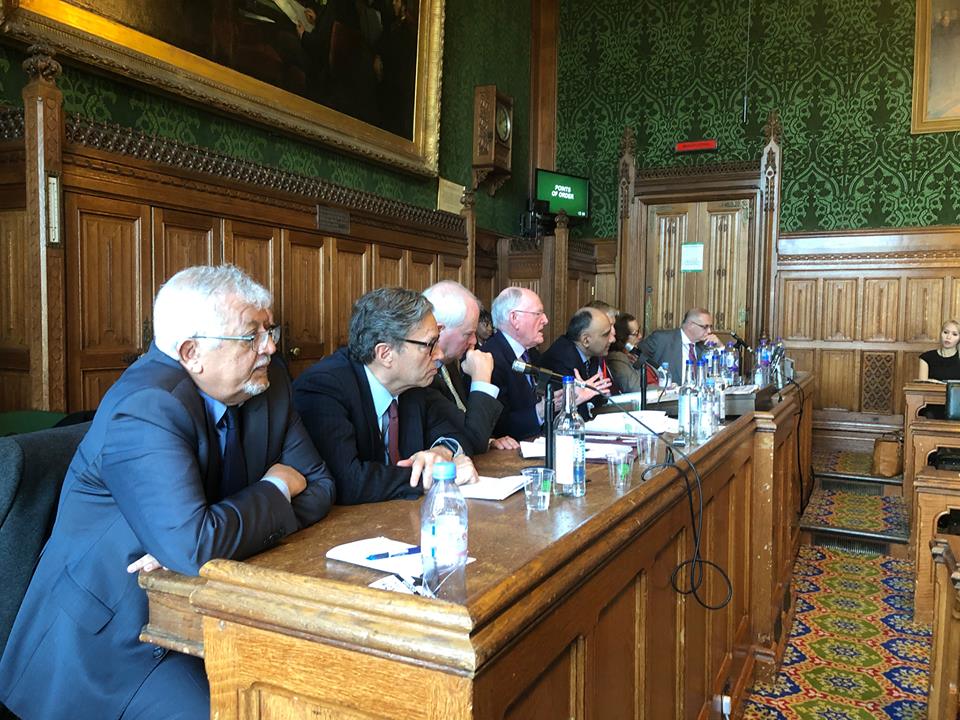 {"items":["3a7767_3898f1d779d141789796ff19be0a89bb~mv2.jpg","3a7767_3644f055502845a4bb4566291ef2c805~mv2.jpg"],"styles":{"galleryType":"Columns","groupSize":1,"showArrows":false,"cubeImages":true,"cubeType":"fill","cubeRatio":1,"isVertical":true,"gallerySize":300,"collageAmount":0,"collageDensity":0,"groupTypes":"1","oneRow":false,"imageMargin":"0","galleryMargin":0,"floatingImages":0,"chooseBestGroup":true,"smartCrop":false,"hasThumbnails":false,"enableScroll":true,"isGrid":true,"isSlider":false,"isColumns":false,"isSlideshow":false,"cropOnlyFill":false,"fixedColumns":2,"enableInfiniteScroll":true,"isRTL":false,"minItemSize":50,"rotatingGroupTypes":"","rotatingCubeRatio":"","gallerySliderImageRatio":1.7777777777777777,"numberOfImagesPerRow":"2","numberOfImagesPerCol":1,"groupsPerStrip":0,"borderRadius":0,"boxShadow":0,"gridStyle":1,"mobilePanorama":false,"placeGroupsLtr":false,"viewMode":"preview","thumbnailSpacings":0,"galleryThumbnailsAlignment":"bottom","isMasonry":false,"isAutoSlideshow":false,"slideshowLoop":false,"autoSlideshowInterval":4,"useCustomButton":false,"bottomInfoHeight":0,"titlePlacement":"SHOW_ON_HOVER","galleryHorizontalAlign":"center","galleryTextAlign":"center","galleryVerticalAlign":"center","scrollSnap":false,"itemClick":"link","fullscreen":false,"allowSocial":false,"allowDownload":false,"allowTitle":true,"allowDescription":false,"loveButton":false,"loveCounter":false,"videoPlay":"onClick","scrollAnimation":"NO_EFFECT","scrollDirection":0,"overlayAnimation":"NO_EFFECT","arrowsPosition":0,"arrowsSize":23,"watermarkOpacity":40,"watermarkSize":40,"useWatermark":true,"watermarkDock":{"top":"auto","left":"auto","right":0,"bottom":0,"transform":"translate3d(0,0,0)"},"loadMoreAmount":"all","defaultShowInfoExpand":1,"allowTitleExpand":true,"allowDescriptionExpand":true,"allowLinkExpand":true,"expandInfoPosition":0,"allowFullscreenExpand":true,"fullscreenLoop":false,"galleryAlignExpand":"left","addToCartBorderWidth":1,"addToCartButtonText":"","slideshowInfoSize":200,"playButtonForAutoSlideShow":false,"allowSlideshowCounter":false,"hoveringBehaviour":"APPEARS","thumbnailSize":120,"magicLayoutSeed":1,"imageHoverAnimation":"NO_EFFECT","calculateTextBoxHeightMode":"AUTOMATIC","calculateTextBoxWidthMode":"PERCENT","textBoxHeight":0,"textBoxWidth":200,"textBoxWidthPercent":50,"textImageSpace":10,"textBoxBorderRadius":0,"textBoxBorderWidth":0,"textsVerticalPadding":0,"textsHorizontalPadding":0,"titleDescriptionSpace":6,"customButtonText":"","customButtonBorderWidth":1,"customButtonBorderRadius":0,"loadMoreButtonText":"","loadMoreButtonBorderWidth":1,"loadMoreButtonBorderRadius":0,"imageInfoType":"NO_BACKGROUND","itemBorderWidth":0,"itemBorderRadius":0,"itemEnableShadow":false,"itemShadowBlur":20,"itemShadowDirection":135,"itemShadowSize":10,"imageLoadingMode":"BLUR","expandAnimation":"NO_EFFECT","imageQuality":90,"usmToggle":false,"usm_a":0,"usm_r":0,"usm_t":0,"videoSound":false,"videoSpeed":"1","videoLoop":true,"galleryLayout":2,"gallerySizeType":"px","gallerySizePx":300,"allowHover":true,"mobileSwipeAnimation":"NO_EFFECT","gotStyleParams":true,"showVideoPlayButton":true,"modifiedGallerySize":true,"selectedLayout":"2|bottom|1|fill|true|0|true","layoutsVersion":2,"selectedLayoutV2":2,"isSlideshowFont":false,"externalInfoHeight":0,"externalInfoWidth":0},"container":{"galleryWidth":2560,"galleryHeight":1440,"scrollBase":0,"height":null,"width":null}}
Honourable Members of Parliament, distinguished speakers and respected guests: it is such a pleasure to join you today in this event.

I would like to thank Mr Khaled Nadim, the Chairman of the South Asia and Middle East Forum, for organising an event to talk about the future of Yemen at this critical time in its history.

Yemen as a country has faced many challenges, but it also has many opportunities. Unfortunately, these opportunities are rarely seized.

This month marks the eighth anniversary of the February 2011 youth revolution. The youth who marched in the streets of Sanaa, Taiz and Aden were demanding a modern country built on the rule of law and civil society. These protests were a result of growing dissatisfaction with the regime in Sanaa, and represent a serious attempt to bring actual change. They were a natural progression from the peaceful protests that started in the South of Yemen in 2007. The people were frustrated by the mishandling of the Yemeni unification, having witnessed the opportunities presented by unification thrown to the winds, and replaced by a power-grab led by the former President and his family.

When our Gulf neighbours adopted the GCC initiative for a peaceful transition, we saw an opportunity: we established a comprehensive Yemeni National Dialogue Conference, that was to reform the path of unity and lay the foundations for a new, democratic Yemen.

And I remind everyone here today that Britain was the country that proposed the UN Security Council resolution that made this change possible, and enabled its support from the International Community.

In the period after 2011 Yemen enjoyed a political awakening that was unique in its history. Freedom of the press was the norm; women participated in the political life and had 30% of the seats in the National Dialogue; the economy stabilised after many years of disruption. Our neighbouring countries, especially Saudi Arabia, donated generously to the cause of Yemen’s economic security.

A vibrant and diverse political system was created in a short period of time.

The National Dialogue developed concrete results and a new constitution was drafted. We were to put it to a referendum in 2014, until the coup led by the Houthi militias overturned the transition.

We had welcomed the Houthis, who had been fighting the Yemeni government since 2004, into the Dialogue, because we believed in an inclusive process. But instead of working with the transition, and building on its successes, the Houthis tried to crush all independent political activities. Their prisons quickly filled with journalists, authors, academics and those who dissented from their methods.

Our government tried to reach a political solution, enabling a referendum on the issues, but we exhausted all avenues of discussion. Instead of listening to the voice of the Yemeni people, the Houthis placed the entire cabinet under house arrest.

And when President Hadi escaped to Aden and called the Houthis renew a dialogue, they used the Yemeni air force to bomb him in the presidential palace in Aden, before launching a military offensive against Aden and much of southern Yemen. Using weapons received in shipments from Iran, they also launched an offensive on the border with Saudi Arabia. The result was civil war.

In response to these developments, at the request of Yemen’s government, the Security Council issued Resolution 2216. This resolution is not an imperial power-grab, and it does not target a popular uprising. It simply asks the Houthis to step back from their rash actions, withdraw from the cities they have occupied, and rejoin the political process. No responsible government could accept a violent coup aimed at overthrowing the will of the Yemeni people. No responsible government could accept insurgents threatening its neighbours with ballistic missiles.

Our aim as the Yemeni government is to save state institutions from collapsing and start provide services to the people despite the challenges we face. Today our government is operating from Aden and has resumed salary payments to public sector workers in the areas we control. In areas under Houthi control, civil servants are not being paid. We are working diligently to resolve this issue. We remain the government for all of Yemen, and all of Yemen’s public sector workers deserve pay for their work.

Schools and hospitals in areas under government control have started to resume their work. Without the presence of the government the entire country would have collapsed.

Of course, we recognise that the situation is not perfect. We have responsibilities, and must face the challenges ahead. But this situation will not be resolved without a comprehensive political solution that rejects the illegitimate use of force.

Our goal is to reach that political solution, based on the National Dialogue outcomes, Security Council Resolution 2216, and the GCC initiative. The Houthis’ route is clear: if they lay down their arms, accept the results of these three agreements, and agree to participate peacefully in the political process, then they will be welcomed as brothers and sisters.

It is important to remind everyone here that since 2015 our government went to three rounds of talks despite the Houthis still forcefully disappearing government officials, politicians, activists and journalists.

We went to Geneva in 2015. And then went to Kuwait in 2016 and remained there for 100 days until we reached a draft agreement which the Houthis walked away from at the last minute and finally the Stockholm meeting, in which we are waiting for the Houthis to implement what they signed on.

A conflict is a result of dishonouring agreements, we need to held them responsible to their commitments

I believe that we will reach our goal. It is for the International Community to support us in this effort, as it has done in the past.